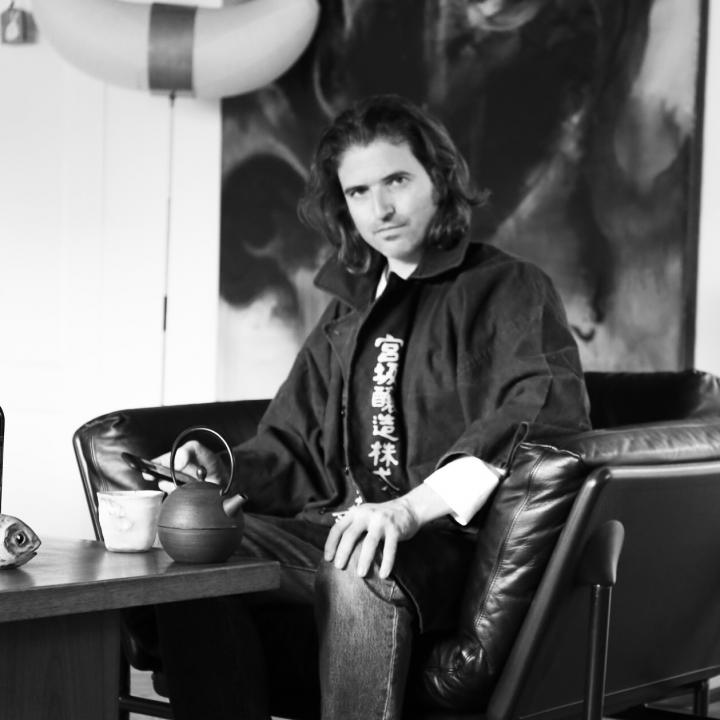 The rise in sake’s presence at notable restaurants and gastronomic celebrations across the globe in recent years is in no small part due to the individuals that have taken it upon themselves to craft the physical bridges for transport while also blazing new trails in their home territory.

Albeit an entirely unintended development (story in the show!), an unexpected turn-of-events placed Pablo Alomar Salvioni on an untrodden trail which led him to becoming one of the pioneers of the sake movement in Spain, a country with a rich and respected food culture all it’s own, which has also developed as hotbed for pioneering culinary innovation.

Through S&A (Salvioni & Alomar), Pablo brings not only sake, but also an array of hand-picked, high-quality fermented food products (soy sauce, vinegars, etc.), tea, and glassware to some of Spain’s most exciting dining establishments. In bringing incredible product to Spain, working as both an educator and catalyst for the development of local sake culture, he has also been central in bringing some of the most exciting people from Japan’s culinary world together with Spanish food lovers.

This week, following a recent trip to Spain where she explored local wine together with Pablo and a handful of inspiring sake brewers, Rebekah slips into the conductor’s chair this week, joined by little Chris (Pellegrini!) and Sebastien, where they explore the possibilities and challenges involved in bridging borders through food and sake.

While we’ve introduced her here-and-there over the past couple of months, and she has had a bit of a presence on the show recently, this is the first episode where you’ll all truly get a taste of the incredible contribution that Rebekah is bringing to Sake On Air. Her articulate nature and vast knowledge base will further be on display as she beckons more exciting guests to the show in the coming months. Stay tuned!

Follow Pablo, Salvioni & Alomar, as well as his wine-centric business, Sourcing the Earth, at any or all of the sites below.

If you could take a moment to leave a review of the show on your regular listening platform, it would mean the world to us.

More sake and shochu madness in a couple of weeks.