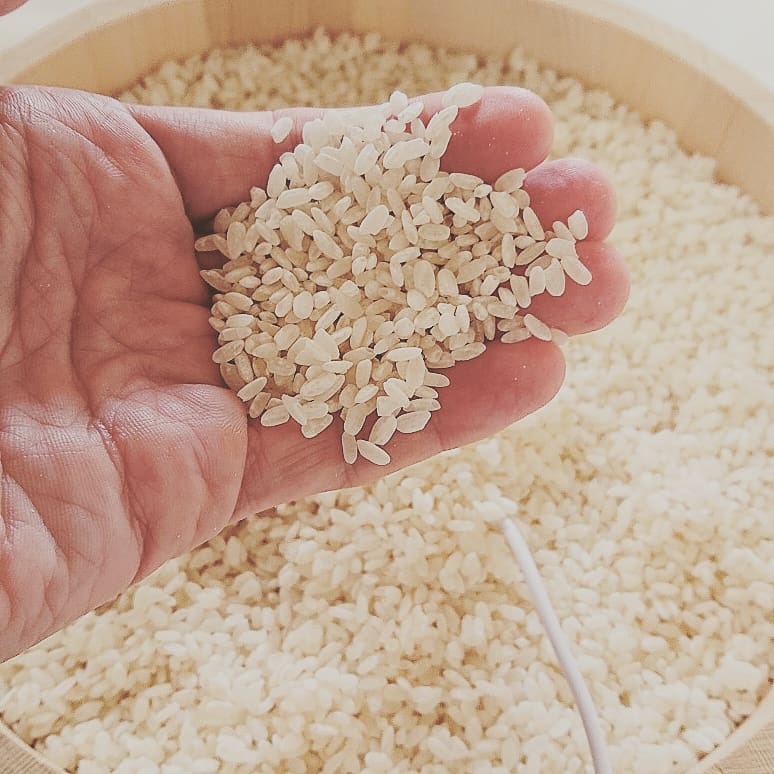 When you start talking sake (or shochu), you don’t get too far in before finding that you need to address koji. That’s what Justin, (big) Chris and Sebastien set out to do this week. As Japan’s magical mold, Aspergillus oryzae, begins to gain traction, not just throughout the world of brewing, but  in the culinary realm and the larger movement reexamining the power of fermentation, the number of questions is rising right alongside the rising interest and excitement – and there’s a lot of be excited about.

What exactly is (and is not) koji? Where does it come from? What does it do? Why should you care? Should you be rethinking your skincare practices and integrating Amino Rice? Should you raise your awareness around kojic acid? We only scratch the surface as we ramble and meander a bit this week, but we’re currently arranging to bring some true specialists in the field into the studio so that we can really dig deep into the nitty-gritty. It just means that you have that much more Sake On Air to look forward to!

If would be so kind as to review the show on Apple Podcasts, or wherever you get your regular dose of Sake On Air, it would mean the world to us.

Questions and comments can be sent to questions@sakeonair.staba.jp

Thanks for tuning in.