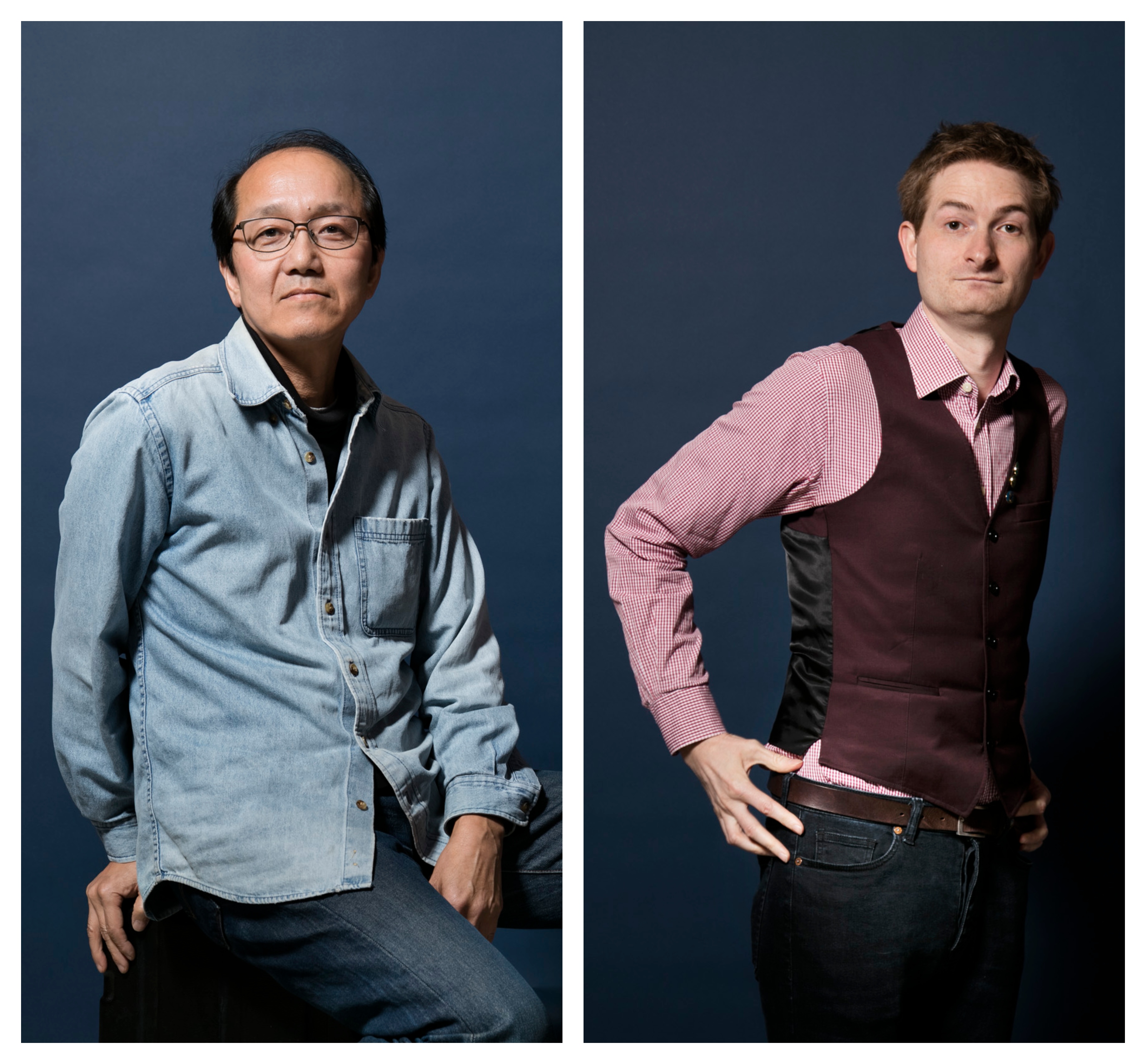 This week it’s time once again to take a moment to get to know the team here at Sake On Air. We first aired one of these episodes back in October (Episode 27), where you got to know Sebastie Lemoine and Christopher Pellegrini; aka, “little Chris”.

This week you’ll be hearing from Christopher’s sake-inspired counterpart, Chris Hughes (aka, “big Chris”) along with our quiet champion behind the scenes, Shuso Imada.

Despite his relatively short amount of time based in Japan, Chris’s personal and professional history with sake extends back to the days when he still called the U.K. home, which has led him to now becoming one of the most active and prolific non-Japanese sake educators in Japan. In his endless pursuit of truth, as well as new questions in the world of sake, his passion and dedication are both palpable and highly contagious.

Currently the general manager of the Japan Sake and Shochu Information Center (where we broadcast from almost exclusively), Imada-san’s ties to the sake industry reach deep, and are long and storied. From his family ties to world-renowned breweries in Hiroshima to deeply rooted sake distributors in Tokyo, then extending to his own private ventures in sake-centric marketing and brand development, Imada-san has arguably one of the broadest perspectives on the industry out of anyone, along with the experience to match. In his interview, Rebekah takes him down a journey of his own personal past, but also explores the major turning points of the industry and its evolution over the past several decades. We let this one run a bit long, because it we thought it was all important.

As always, if you’re willing to take a moment to review and rate us on Apple Podcasts (or whatever service you listen on) it would mean the world to us.

We also welcome all of your questions and comments about the show, which you can send to questions@sakeonair.staba.jp, or track us down at @sakeonair on  Instagram, Twitter, and Facebook. You can also listen on our official  YouTube channel, if that’s your thing.

We’ll be back in two weeks.