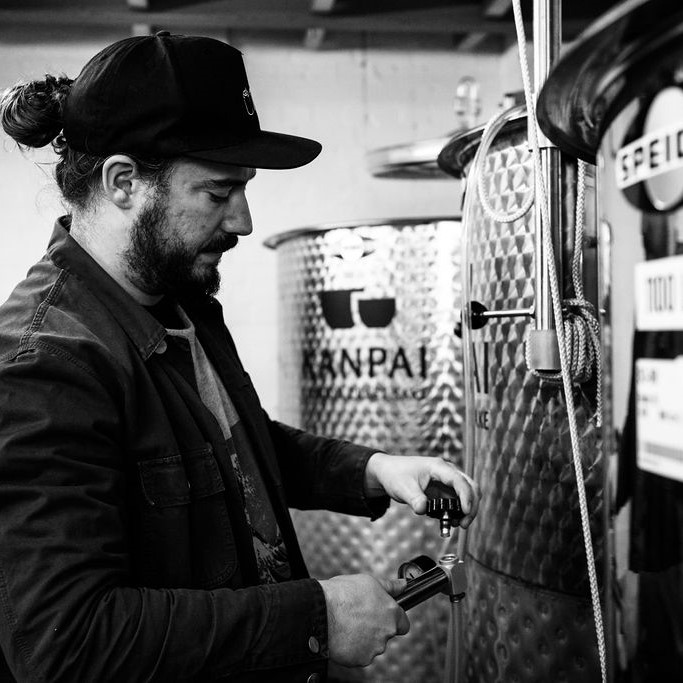 Seeing as how we haven’t featured any of our esteemed sake brewing revolutionist friends on the European continent recently, we thought it was about time we check in. This week we’re joined by Tom Wilson, co-founder and head brewer at Kanpai in London, as well as Grégoire Boeuf, kuramoto at Les Larmes du Levant, located in Pélusin, France.

While often loosely lumped into the same category, both brewing (excellent) sake on the same continent, the approaches and philosophies of these two breweries, as well as their experiences in getting established, growing, and also working through the ups and downs of the past couple of years are entirely unique to themselves and their individual scenarios.

Both Grégoire and Tom share with us a bit about the early days getting started and the initial motivations for making the leap into the sake world, but also open up about their thoughts (and actions) surrounding a vast range of topics, including the overall communication of the sake category, the honest nature of the sake brewery, challenges with taxes and regulation for sake in Europe, the balance between honoring tradition and the importance of creative freedom, and how getting back to basics and doubling down on quality and meaningful work has been a savior in times of trial.

Sebastien Lemoine and Justin Potts are now highly motivated to figure out how to execute a Sake On Air European Tour following this enjoyable and insightful session. Each of these breweries deserve their own feature, so we’ll definitely be sitting down with this week’s guests again in the future – hopefully in person – while continuing our exploration of the sake brewing landscape across Europe and beyond.

Be sure to follow along with the exciting endeavors of @kanpailondon and  @larmesdulevant as well.

Thanks for tuning in this week. You can leave us a review on Apple Podcasts or whatever service you rely upon for your podcasting needs. Contact us at questions@sakeonair.staba.jp with any thoughts about the show, and feel free to follow us on  Instagram, Twitter, and Facebook. Everything from Sake Future Summit 2020, as well as a number of other recordings, are all archived over on our YouTube channel, as well.

We’ll be back in two weeks with plenty more Sake On Air.