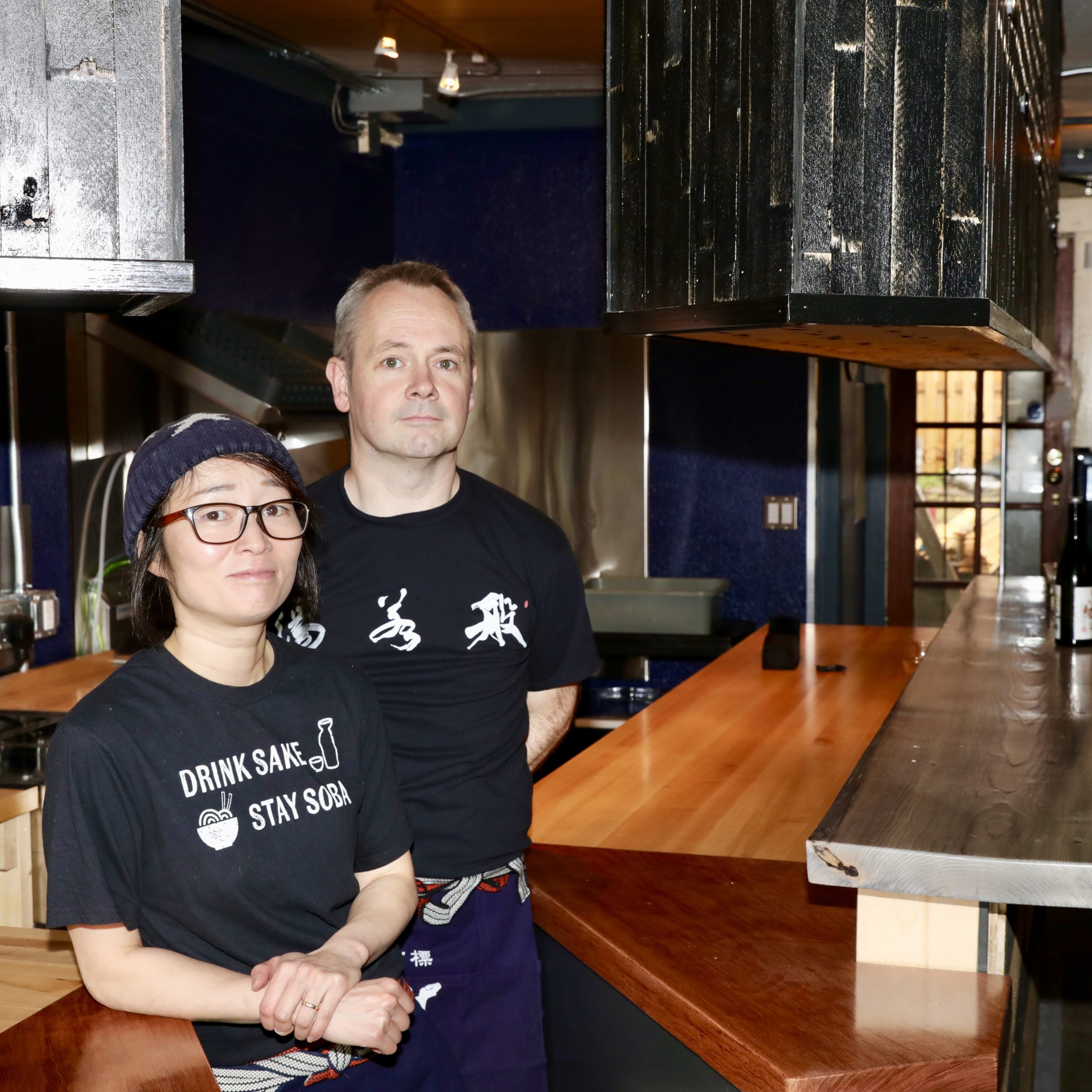 It’s this simple mantra that has made Seattle’s Hannyatou and its neighboring soba destination Kamonegi almost overnight mainstays for the sake-inspired community of the Pacific Northwest.

It was almost exactly one year ago that Justin sat down with and renowned soba chef Mutsuko Soma and sake specialist partner-in-crime Russell King at their (then) newly-opened fermented creation-driven sake bar, Hannyatou. The pair’s appreciation for craft along with their fearless creativity have turned their co-creation just two doors down from Chef Soma’s soba haven into one of the most exciting sake stops, not just in the Northwest, but arguably in the country.

In less than three years, how do you go about bringing to life, not one, but two hit restaurants able to maneuver right for that elusive sweet spot between tradition and free exploration, pushing the envelope for traditional Japanese food and beverage while making it feel like a completely natural progression? That’s what we went to find out.

You might also be wondering why an interview conducted almost a year ago is just now making it to the airwaves. Originally scheduled for an early-Spring release, 2020 happened. We could have brought the interview out sooner, but given all that was happening and the surplus of challenges facing restaurants everywhere, we wanted to make sure we had a show that represented the dedication and hard work of Soma and Russell to the best of our ability. Not wanting to shower them with questions while they were scrambling to feel out their new format in the current reality, we decided to wait a bit.

The good news is that the latter half of the show you get to hear Justin catch up with Russell as he tells us all about how the last 6 months have played out, their setbacks and successes, the evolution of both Kamonegi and Hannyatou, and their positive vision for the still unforeseeable future of sake dining and sales in Seattle.

Grab your favorite ochoko or guinomi and settle in for a journey into Seattle’s sake heartland this week.

While you’re sipping along,  you’re welcome to leave us a review on Apple Podcasts, or reach out to us at questions@sakeonair.staba.jp. You can keeps tabs on us on  Instagram, Twitter, and Facebook, or join us over on YouTube, as well.

Thanks for tuning in with us this week and we’ll be back with more Sake On Air in a couple of weeks.

*Note: Since our follow-up interview with Russell King only a few short weeks ago, he has announced that he’ll be leaving Hannyatou to pursue other endeavors and focus on family. All of us here at Sake On Air wish him happiness, health and success on all of his adventures to come.