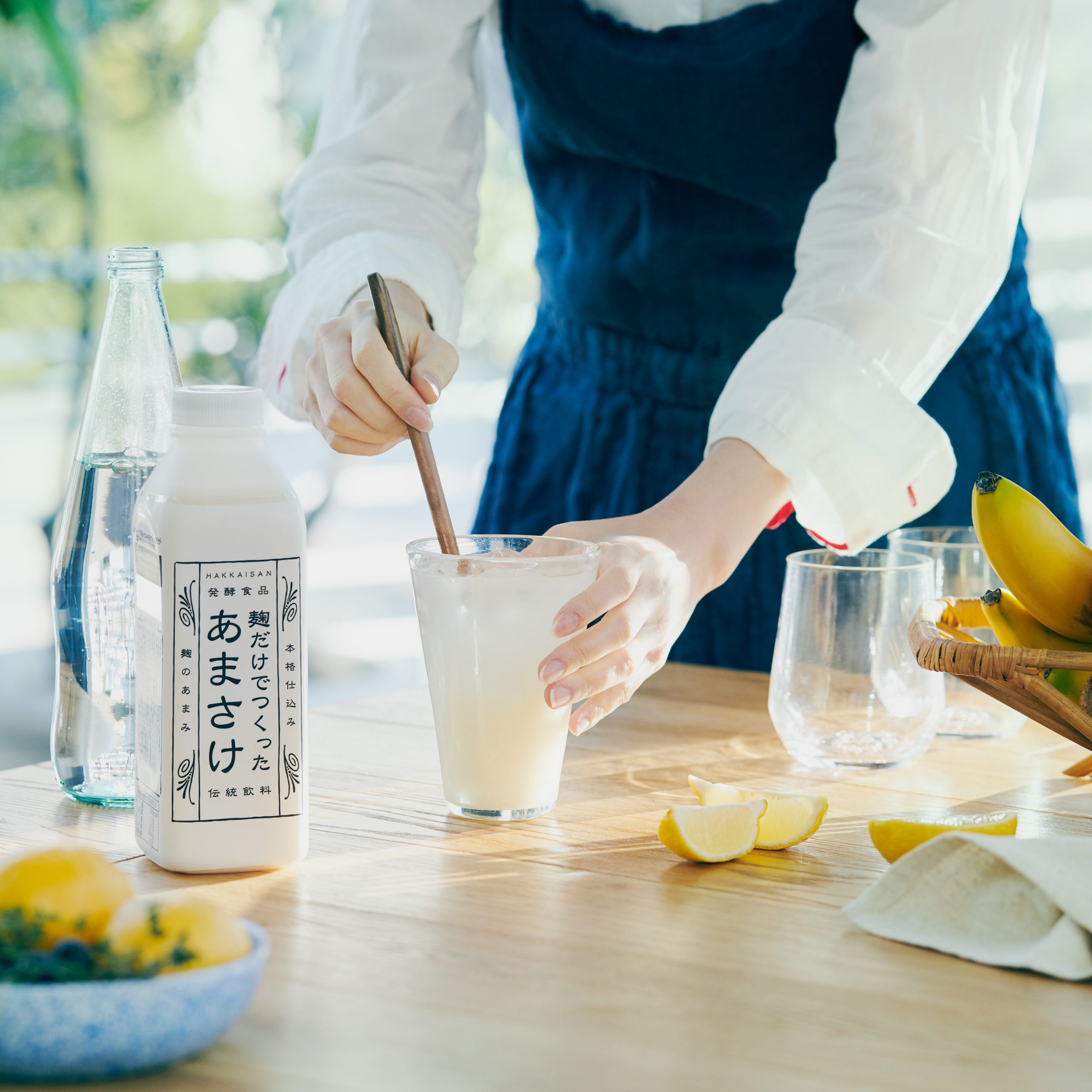 How many of our listeners are familiar with amazake? Despite having clear progenitor qualities to this show’s favorite beverage, this non-alcoholic, koji-fermented drink hasn’t quite amassed the international mindshare of its intoxicating cousin – yet.

Although the core principle and function in preparing and making amazake shares a great deal with the early stages of sake-making, probably one of the biggest reasons it has taken a while to reach the global stage is the fact that Japan more or less forgot about it themselves. For a number of reasons (discussed in the show), over the past few generations amazake in Japan has largely come to be equated with a sake-kasu-based drink pumped with sugar and served warm for a small handful of ceremonial or celebratory occasions. While plenty delicious in its own right, it’s also entirely different from “traditional” koji-fermented amazake of the kind that has reclaimed space across Japan’s supermarket shelves just in the past decade.

The producer largely credited with helping to re-create and prove the viability of the incredibly delicious, yet largely-forgotten amazake market, is Hakkaisan.

Regular listeners and those hovering in the sake sphere will most likely be familiar with Hakkaisan brand sake. Despite being one of Japan’s largest sake producers, their dedication to small-batch production, high-quality in their most affordable lines (futsushu, honjozo), along with truly exceptional ginjo-styles, has made them a mainstay both in Japan, as well as in countless markets across the globe.

What many of our listeners may not know is that Hakkaisan also has separate operations (known as, Sennen Koujiya) that create all sorts of fermented food and beverage products of incredibly high quality emphasizing local jobs and ingredients. The merging of the craftmanship and competencies from across these multiple endeavors came at a perfect time, resulting in a venture into amazake production that was transformative both for the company, as well as national mindshare surrounding this traditionally and culturally significant beverage.

For this week’s show we’re joined by Shoko Baba, who is the International Marketing & Sales Section Chief with the team at Hakkaisan based in Japan. Both a teacher and a student of the wide world of Japan’s fermented foods and beverages, her role at Hakkaisan extends far beyond sake or any one specific market. With a hand in the many ambitious frontiers of both Hakkaisan’s international and domestic project development, along with being a relentless advocate of Japan’s culture of fermentation, Shoko has seen Hakkaisan’s amazake frenzy at its peak and is gearing up for its future in new markets outside of Japan.

This week Marie and Justin join our fantastic guest to discuss the cultural and functional relevance of amazake in Japan, its evolution over time, its perceived health benefits, relationship to sake, popular uses, and the process through which Hakkaisan made Japan a believer in the importance of this incredible beverage all over again.

We’ve got a lot in the works for 2021 that we can’t wait to share with you all. Here’s to a great deal more sake and shochu love in the year ahead.