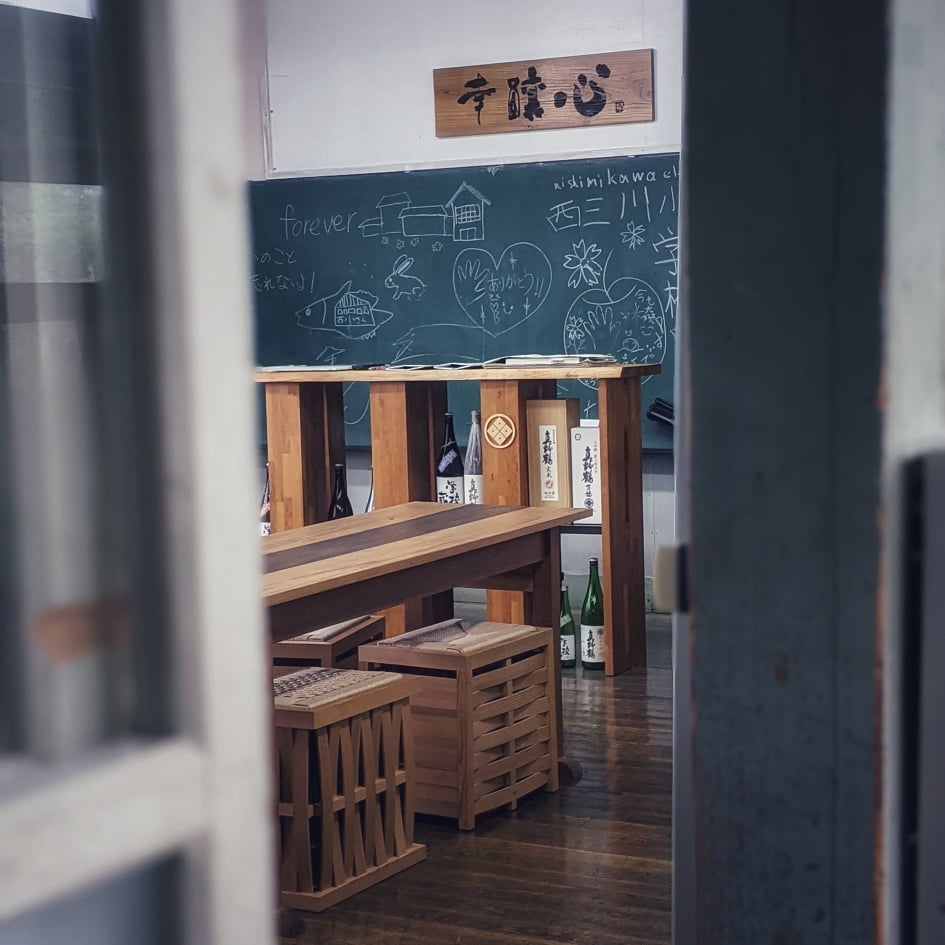 Along with a general interest in sake expanding globally, the number of homebrewers curious to try their hand at sake making and professional brewers setting up formal production operations around the world continues to grow year-on-year at an ever-increasing rate.

At the same time, as the population committing themselves to sake both personally and professionally across a range of activities - from sales and distribution to education and evangelism - more and more people are looking for ways to get a little bit closer to the process and craftmanship of sake in order to further develop their understanding from a more personal and experiential angle.

The need to fill the gap between “brewery tour” and “full-on brewer” for a growing number of sake-curious and sake professionals has been growing for years. Thankfully, Gakkogura appeared.

Officially operating in limited capacity since 2014, Gakkogura (literally, “Brewery School”) is the work of Obata Shuzo, makers of Manotsuru brand sake on the beautiful and historic Sado Island in the Sea of Japan off the coast of Niigata Prefecture.

The project began, not with the intention of constructing a brewing school, but with a desire to save a piece of personal history on the island. Due to population decline and decreasing number of children on the island, the beautiful Nishimikawa Elementary school had already been committed to closure by the local government, ending more than a century of youth education that spanned multiple generations of islanders.

Wanting to develop a means of saving the school and preserving it as a place for learning and connecting in the local community, president of Obata Shuzo, Mr. Ken Hirashima, along with his wife, Mrs. Rumiko Obata, the non-stop powerhouse leading the charge of the family business, together they settled on a community-centric, educationally-driven micro brewery as the means of breathing life into the historic structure.

Brewing only a small number of batches each year from late-Spring through the end of Summer, each batch of sake made is crafted with a specific goal in mind for a specific group of individuals, with the hands-on component of the brewing process timed and organized to fit the needs of the small group of people that have committed to attending the school on Sado Island for a pre-determined week in the summer.

Designed to be more than just a technical training establishment, each group of participants selected for each program are each attached to a single batch of sake, through which they are introduced not only to the production process, but also to life and culture on Sado Island and the role that sake plays in the lives and livelihoods of the people. Each group is taking part, not only in making sake, but in becoming a contributor and ambassador to the majesty of the island and the unique role that each batch of sake is crafted to play upon being introduced to the world at large.

Due to some peculiar legal regulations surrounding the production of sake in Japan, it wasn’t until 2020 that Gakkogura was finally able to really open up its operations and promote and share the fruits of their labor in a more outward-facing capacity. Having obtained that additional bit of freedom amidst the COVID pandemic, it’s really just now that Gakkogura is beginning to transform and grow into a new phase of community development and brewing education.

For this episode, in the first half we’re joined by Mrs. Rumiko Obata, representing five generations of Obata Shuzo and the communicative force behind Gakkorua. In this short interview, Obata-san shares with us some insight into the origins of the brewing school, the values driving the project, and the relationship between the unique brewery and the special place that is Sado Island.

For the second half, to offer a bit of an experiential perspective, we have a short roundtable discussion between this summer’s final group of brewing students, who were assigned to help craft the brewery’s first ever attempt at a kimoto-style sake. We’re joined by journalist, YouTuber and Tokyo Aijo editor, Roberto Maxwell, along with engineer and technical consultant-turned-sake startup founder, Philipp Maas, as well as Sake Tours founder and director Etsuko Nakamura, who has joined us on the show before at Sake Future Summit 2020. Regular show host Justin Potts (and Gakkogura program supporter and participant) joins the crew on-site at the brewery over a glass of sake following the completion of their week-long experience to get a feel for the impressions and takeaways that resonated with year’s final cohort.

If you enjoy Sake On Air, you can help new listeners discover the show by leaving us a review on Apple Podcasts or on whatever service delivers you all of your podcasting needs. Contact us at questions@sakeonair.staba.jp with any thoughts about this week’s show, and feel free to follow us on  Instagram, Twitter, and Facebook. Everything from Sake Future Summit 2020, as well as a range of recordings, are all archived over on our YouTube channel, as well.

We’ll be back in another two weeks with more Sake On Air.
Until then, be well and Kampai!