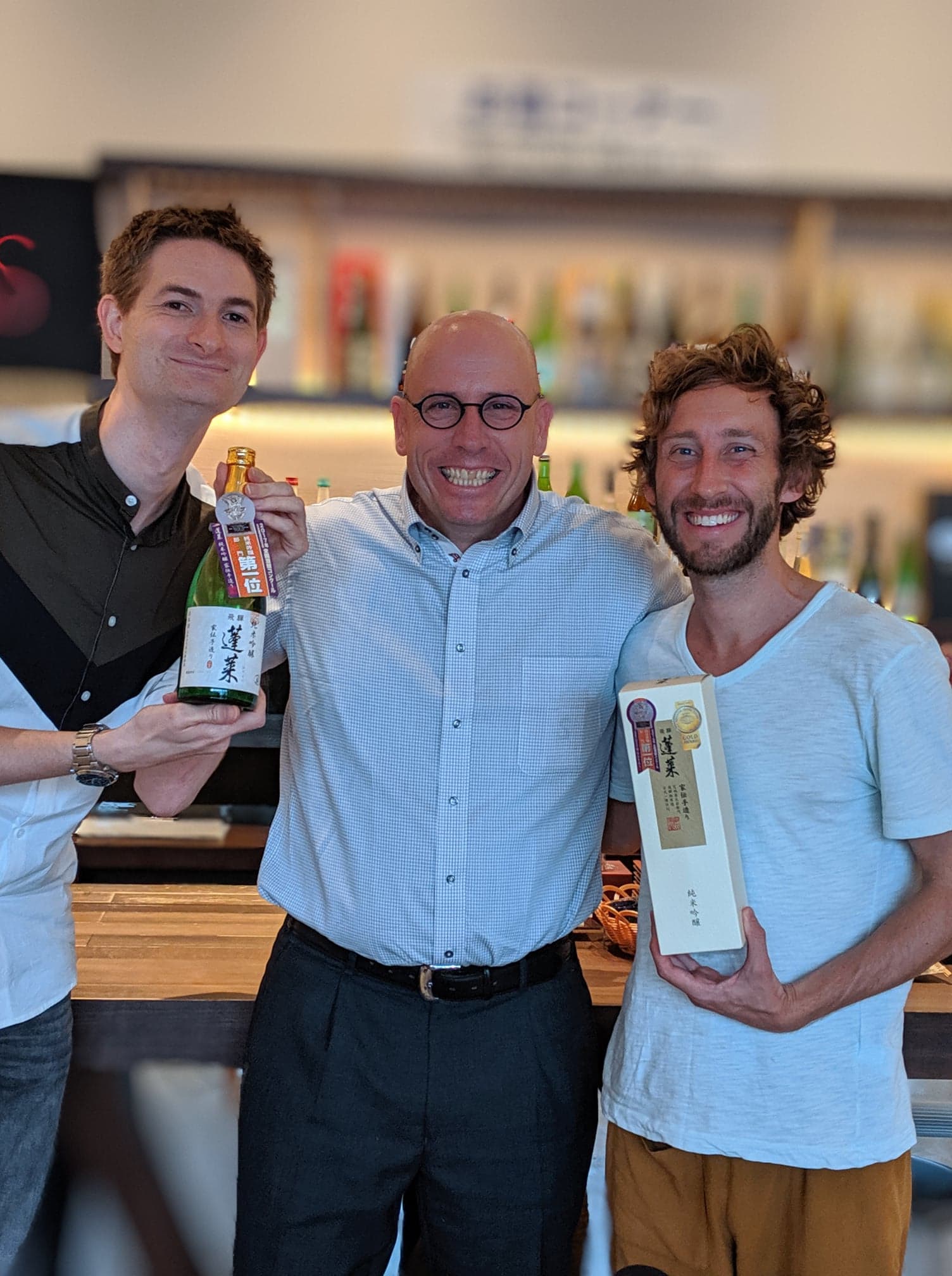 Cody Brailsford is a rather rare breed.

Now fuku-toji (assistant head brewer) as of this recording, at Watanabe Sake Brewery, makers of Hourai brand sake in the small countryside town of Hida Furukawa in Gifu Prefecture, Cody has been toiling away in the brewery for well over a decade.

As more sake breweries open across the globe, and as breweries in Japan gradually open their doors (and minds) to the prospect of greater diversity in the brewery, the number of non-Japanese people working stints in Japanese sake breweries has grown significantly in recent years.

However very few have dug in for the long haul in the way that Cody has at Hourai. And his time and hard work have clearly been recognized and appreciated, as he was just offered the position of fuku-toji a matter of days before he sat down with us here at Sake On Air.

In addition to Cody’s “origin story” and life as a brewer, we also discuss the challenges of taking a brewery from hyper-local to international, the shift from brewing to communicating, the transition from one toji guild to another, and much more.

Christopher Hughes and Justin Potts are your navigators for this session. Pour yourself a beverage (or several) and settle in for fascinating glimpse into the world of sake brewing in Japan with a gentleman whose experience and perspective are truly one-of-a-kind.

You can learn more about, as well as follow the adventures of Cody and Hourai Sake at any of the outlets below.

Be sure to let us know what you think by leaving us a review on Apple Podcasts, or wherever you get your regular serving of Sake On Air.

Until next week – kampai!