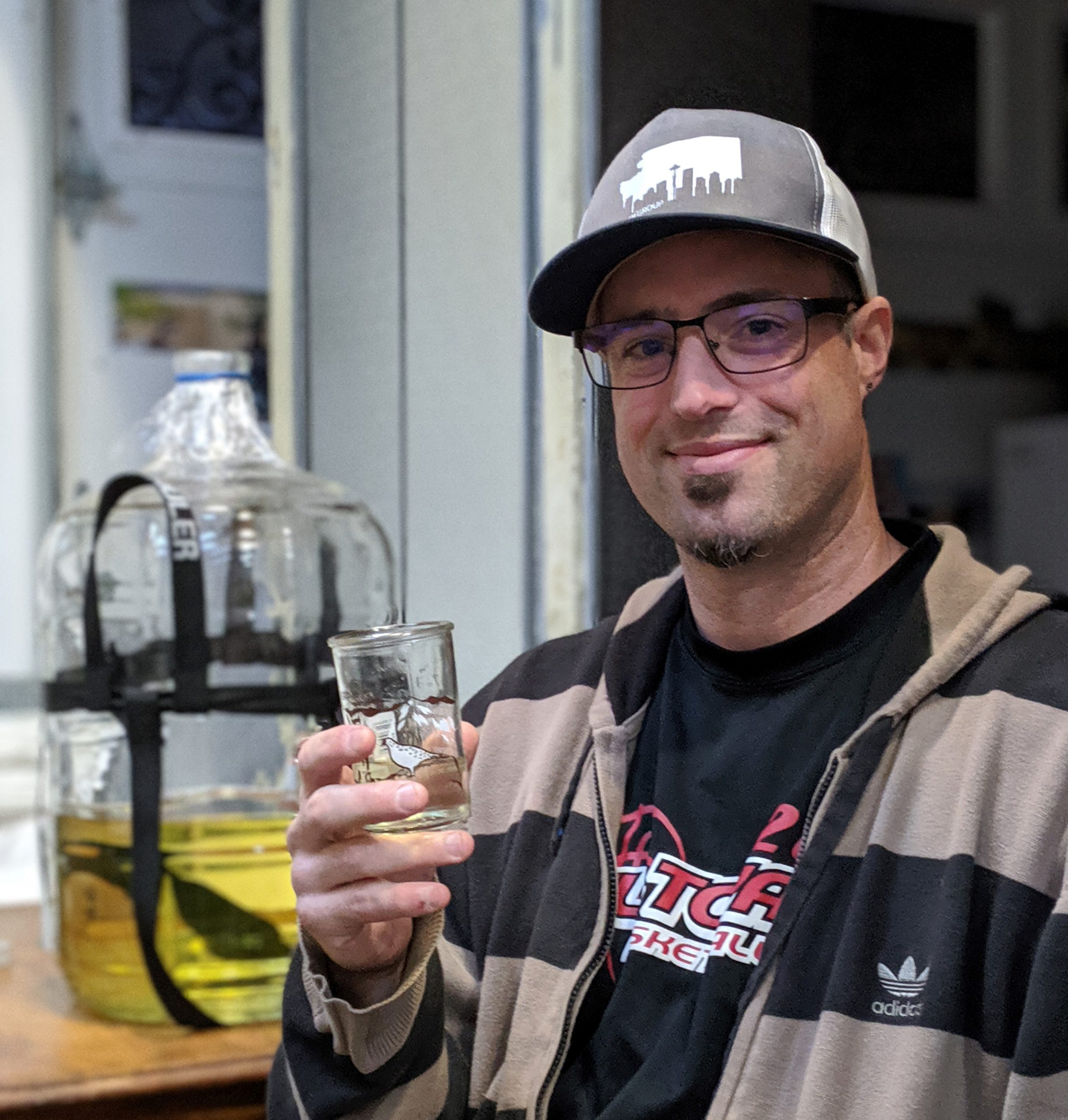 Although we’re all still grounded here in Japan, this week we’re getting off the island for a visit to the great Pacific Northwest to chat with Andrew Neyens, the one-man-band behind Seattle’s Tahoma Fuji Sake.

Between stints at some of Toyama’s most exciting and inspiring breweries, including Fumigiku Shuzo (makers of Haneya) and Masuda Shuzo (makers of Masuizumi), as well as attempts to scratch a similar itch at craft beer producers in the greater Seattle area, Andrew finally settled upon making sake something rooted closer to home – and he couldn’t have gotten much closer.

Committed to making Tahoma Fuji not only a great sake, but also something that he could manage entirely on his own, Tahoma Fuji Sake Brewing Company was born in the small brewery built together with his father on the same property as his home in Ballard. From there, he’s passionately honed his craft, DIY’d his equipment little-by-little, and over the past few years managed to turn Tahoma Fuji into a mainstay at many of the Seattle area’s most selective beverage retailers and pioneering dining establishments.

This week’s visit to Tahoma Fuji actually took place this past autumn, and begins with Justin being guided on a brief, but detailed brewery tour. The two then settle in to discuss Andrew’s progression through the world of sake and brewing in general over the years, exploring the experiences and values that have guided the development of Tahoma Fuji Sake as both a business and a more personal endeavor, and what the future sake landscape of Seattle might look like.

You’ll notice right away that this recording was managed on the most minimal equipment. Frank has worked some serious magic in order to bring this episode to life. While not up to our regular audio standards, we think that the story and the messages in this week’s show carry it above any technical limitations. We appreciate you’re understanding and hope you’ll stick with us all the way through. We think you’ll be glad that you did.

Please do take a moment to review and rate us over on Apple Podcasts. You can also get in touch with us at questions@sakeonair.staba.jp, or follow us at @sakeonair on  Instagram, Twitter, and Facebook. There’s a stockpile of episodes on our YouTube channel, as well.

Thanks for tuning in everyone. We'll be back in a couple of weeks.
Until then, Kampai!