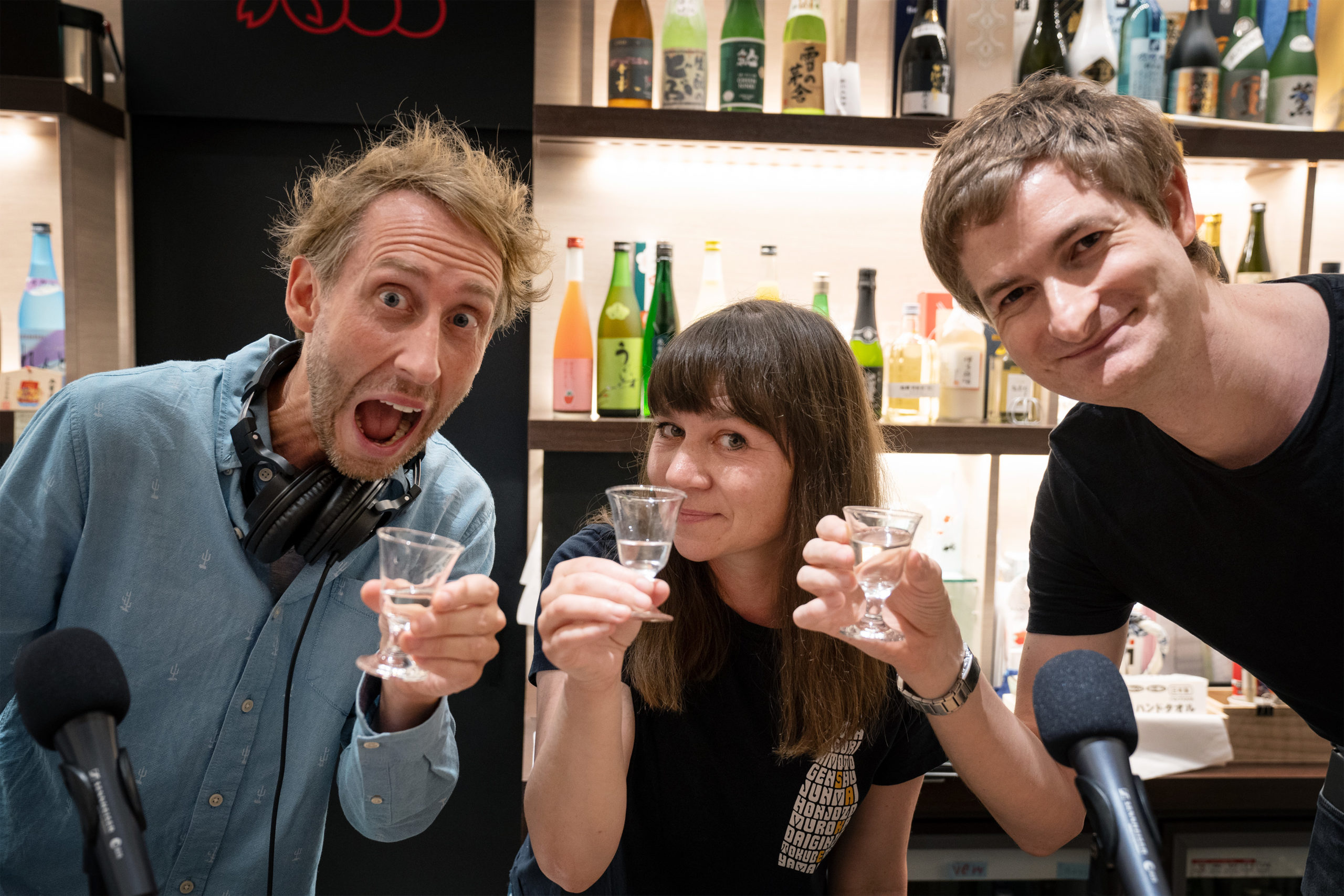 As much as this week’s episode is informative, it’s also a bit of a celebration.

Simone Maynard (aka: Sake Mistress) has been a dedicated, hard-working evangelist spreading the good word of sake in her native home of Australia for years. That was until the spring of 2020 sent any and all opportunity to congregate around a bottle of nihonshu to a screeching halt. Unable to sit idly by while Japan’s breweries’ sales slumped and sake-inspired communities seemed to gradually dissolve, she launched Taste with the Toji, a weekly online community bringing sake lovers and sake-curious into the virtual room living room’s of sake breweries throughout Japan. What began as an experiment in hopes of at least managing to do something rather than nothing while being stuck in one of the most restrictively locked down regions of Australia, that experiment organically evolved into a nearly weekly gathering that is now approaching its 100th session as of this recording.

Managing to cultivate a sake-centric community that incorporated a vast range of Japan’s most inspiring breweries and dedicated sake-driven followers eagerly tuning in each week for new sake discoveries and to check in with new and old friends alike, Taste with the Toji has become an international sake-lovers’ virtual watering hole that a diverse and ever-growing community not only takes part in, but also contributes to.

For a number of reasons outside of her control, despite extensive and incessant communication with breweries and community members supporting her work from Japan, the Sake Mistress was unable to venture back to the sake homeland until September 2022. Thanks to her thoughtful and dedicated engagement with the world of sake, her return marked both an inauguration and a celebration, as she was honored the with the prestigious title of Sake Samurai.

For this week’s episode, we interview Simone in front of a live audience, digging into her personal sake story, but also discussing her experience with the evolution of Taste with the Toji while distanced from Japan but connected through community at a distance over the past 2+ years, how it feels to be back on the island after so long for an entirely unexpected (but well-deserved) honor, and how she’s thinking about her sake path ahead.

For some of our listeners, this episode may come across as a bit “inside baseball.” That’s because the live audience gathered for this week’s recording is comprised of individuals that have been either dedicated followers or contributors (most often both) to the Taste with the Toji community over the past couple of years. An endeavor intrinsically interwoven into Japan’s sake landscape, the support of many individuals based here on the island have been a critical component fueling what Taste with the Toji has grown into. For many, this was the first chance to meet in person, celebrating the work of an inspiring Sake Mistress and an opportunity to raise an ochoko together in real life.

This was a rather special session that we all enjoyed a great deal. We hope that all of our listeners enjoy it as much as we did.

We’re as busy as ever at @sakeonair over on Instagram, Twitter, and Facebook. If you’re curious to know what the cast and crew of Sake On Air are up to or awaiting hints about what we’ve got coming down the pipeline, be sure to follow along with any or all of the above. If you’d like to share your thoughts or questions with the hosts, please reach out to us at questions@sakeonair.com.

We’ll be back in a couple of weeks with more Sake On Air.
Until then, kampai!